A celebration of outstanding genre cinema in the historic cradle of the American supernatural.

A celebration of outstanding genre cinema in the historic cradle of the American supernatural. 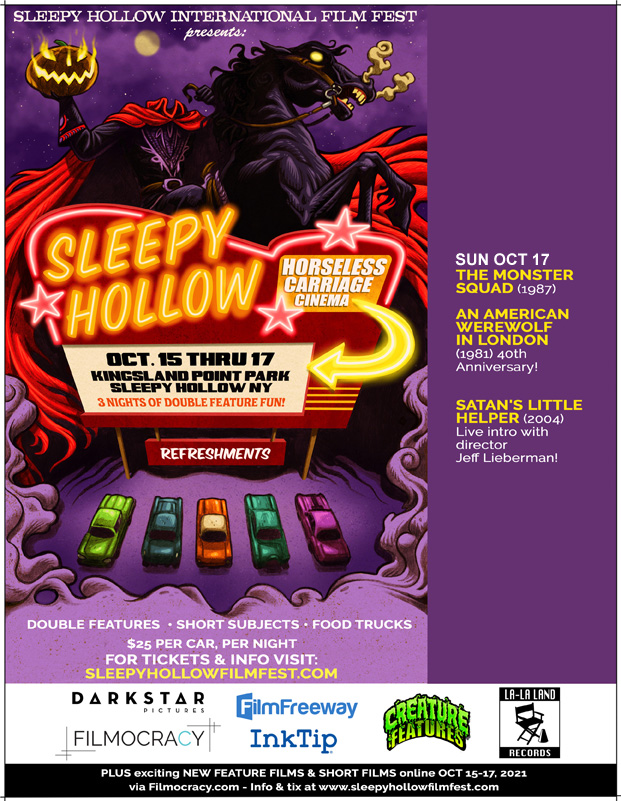 Sleepy Hollow Int’l Film Festival (SHIFF), presents a HORSELESS CARRIAGE CINEMA at Kingsland Point Park in historic Sleepy Hollow, NY! 3 nights of big-screen double-feature mayhem & film shorts under the stars from inside, or outside, your own car!  Food Trucks and Concessions present!

You MUST bring a printed hard copy of your Eventbrite TICKET upon your arrival at Kingsland Point Park.

Sound will be transmitted through your vehicle’s FM radio. If you plan on watching from outside your car, make sure you have a radio or device with you that picks up FM radio. 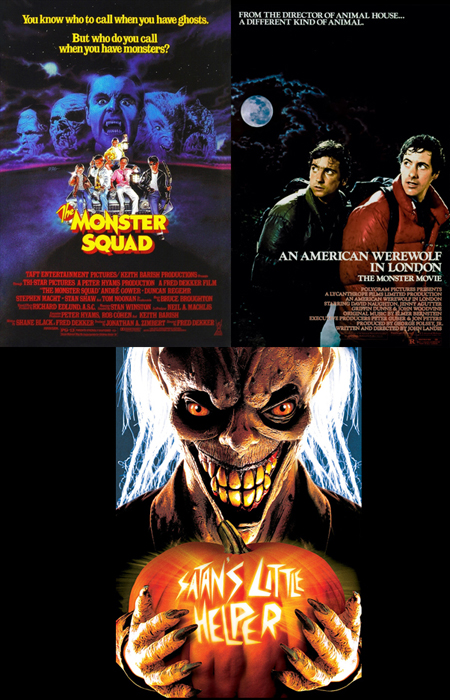 AN AMERICAN WEREWOLF IN LONDON (1981)

$25 per car (includes all occupants in vehicle)

When classic monsters Dracula, The Creature from the Black Lagoon, Frankenstein, The Mummy and The Wolfman run rampant in small town USA, it’s up to a rambunctious group of misfit kids to save the day – and do they ever in this wildly enjoyable ’80s monster-mash!

This screening is presented by La-La Land Records, who will have the film’s limited edition CD soundtrack available for purchase at the drive-in.

40 years after its big screen debut in 1981, John Landis’ horror comedy retains its status as one of the best genre films in cinema history. Oscar-winning effects, a razor-clawed script teeming with shocks and laughs, and finely honed lead performances by David Naughton, Griffin Dunne and Jenny Agutter result in a creature feature classic. We can’t wait to screen this masterpiece outside, in historic Sleepy Hollow, with all of you!

Director Jeff Lieberman will be present to introduce the film. He’s also signing copies of his acclaimed new autobiography DAY OF THE LIVING ME, which will be available for purchase at the drive-in.